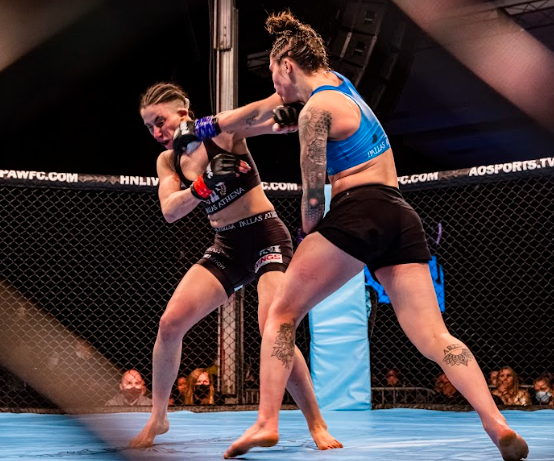 Women’s mixed martial arts (similar to men’s MMA) was originally practiced as a competitive sport only. But as time progressed, this viewpoint slowly faded. Today, Canadian women’s MMA is practiced for health, fitness, fun, and recreation as much as it is for competition and self-defence. And as Canadian women’s MMA continues to grow in popularity, understanding the sport’s main disciplines is crucial.

Even though women’s mixed martial arts is (as its name suggests) a mixture of different fighting disciplines, some disciplines are more favoured than others. And each one is based on a specific fighting style. But to better understand the fighting discipline, it’s helpful to know the style that’s associated with it.

Every fighting discipline in women’s MMA is linked to a specific style. These styles are as follows:

The standing fighting style is associated with disciplines such as Boxing, Kickboxing, Muay Thai, Taekwondo, Karate, etc. These martial arts disciplines aim to improve strikes and kicks from the standing position.

The most well-known martial art associated with ground fighting is Brazilian Jiu-Jitsu. However, other martial arts, such as Sambo and Submission Wrestling, also fall into this category and provide similar ground advantages.

Clinch fighting is a standing fighting style. It differs from traditional standing martial arts like Kickboxing and Muay Thai with its emphasis on eliminating the opponent’s use of kicks, punches, etc. Typical martial arts associated with clinch fighting include Judo and Wrestling.

Once you’re familiar with the basic fighting styles, you’ll have a deeper understanding (and appreciation) of the various fighting disciplines.

As one of the most in-demand skills in women’s mixed martial arts, a strong wrestling ability is a highly valuable asset. The one to win the wrestling bout is the one who will determine the pace and direction of the fight. A good wrestler possesses the uncanny ability to put their opponents in compromising positions. And what’s more, they have the skills to ensure they remain there.

Brazilian Jiu-Jitsu gained notoriety in the 1990s. Since then, it has become one of the most popular martial arts in the world. A grappling discipline, BJJ is based on groundwork focused on submitting opponents through a myriad of chokes, submissions, joint locks, and more.

Boxing is a popular combat sport in women’s mixed martial arts. Most of the punches in stand-up fights are boxing strikes. Boxing punches make up the majority of MMA competition knockouts and knockdowns. Additionally, boxing kicks, blocks, and combination techniques are highly coveted in Canadian women’s MMA.

As a stand-alone weapon, Karate will not fair well against an MMA practitioner. However, Karate can be very effective when mixed with other disciplines such as BJJ and Wrestling. It employs the foundational techniques of striking and kickboxing. As a result, it remains a prominent addition to the mixed martial artist’s arsenal when training in MMA.

MMA is a complex martial art with many components. However, the whole is greater than the sum of its parts. Once all these fighting disciplines are combined, they create an incredible (and deadly) force that incorporates every part of the human body in a choreographed-like manner. This aspect of women’s mixed martial arts makes it a highly regarded sport.