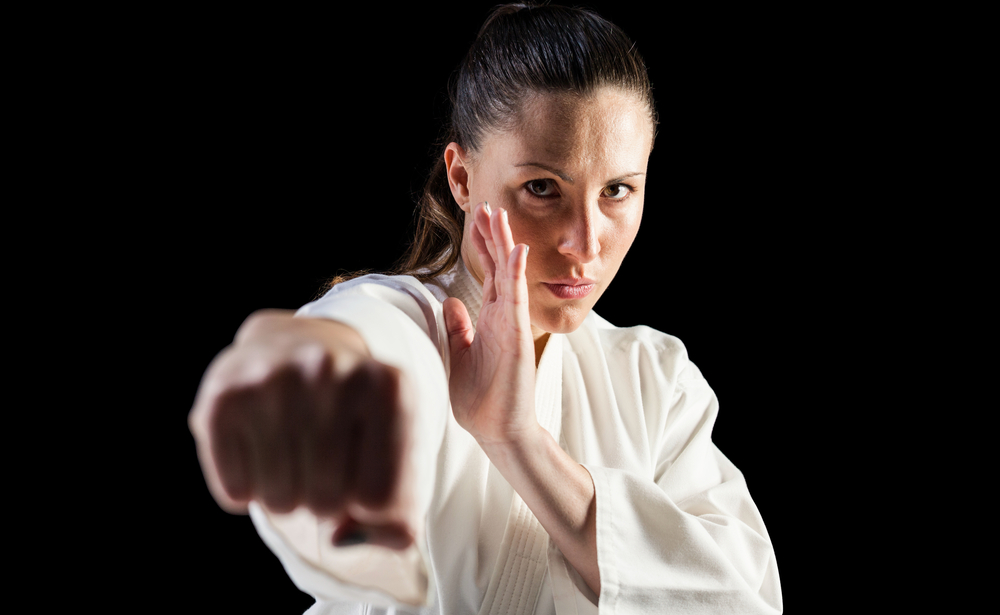 Each unique variation of the martial arts brings with it a style that is distinct to that specific discipline. For this reason, every form of martial arts is noteworthy and unrepeatable. However, one of the most dynamic forms of martial arts is without a doubt MMA. Why? It borrows techniques from some of the world’s most deadly and effective self-defence systems.

It then combines them together to produce not only the most popular but also the most effective fighting style there is – mixed martial arts. But you may be wondering what fighting styles MMA draws from. Fair enough. Keep reading to learn the 6 fighting styles of Canadian women’s MMA.

Most people are familiar with boxing. Its popularity in the realm of martial arts and combat sports has been both long-lasting and nearly unrivaled. This art form consists of two people sporting boxing gloves (also referred to as bag mitts), mouthguards, headgear, and other protective equipment.

Once the fight commences, each fighter throws a series of jabs, hooks, uppercuts, and body blows. For that reason, boxing is a striking sport. Meaning, the matches take place with each fighter standing up and using their punches to subdue or ‘knockout’ their opponent.

Boxing is a fundamental part of MMA as it has greatly contributed to its popularity and enduring approval among countless fans the world over.

A Korean self-defense system based mainly on kicking, Taekwondo was developed with the goal of producing a martial art that gives way to more powerful, robust, and swift strikes relative to any other martial art.

And although this assertation has yet to be validated, a simple truth prevails that the kicks and attacks are very dangerous when performed by a well-trained practitioner. TKD was incorporated into women’s mixed martial arts due to its effectiveness against other styles of combat.

Easily one of the most favored martial arts in the world, Karate is a great foundation many MMA fighters have based their martial arts background on. There is no question that its powerful attacks offer more than their fair share of utility.
And although different variations of Karate offer varying degrees of effectiveness, pretty much all Karate variations are strong self defense systems for a real-life face-to-face altercation.

Brazilian Jiu-Jitsu (or BJJ) is considered to be the fastest-growing martial art, with millions of people currently training in this discipline, and countless others coming in every day. BJJ is a grappling sport, primarily based on ground fighting with the aim of subduing one’s opponent through a variety of submissions and chokes. And since more than 80% of all fights end up on the ground, it makes sense that BJJ would be a welcomed addition to women’s mixed martial arts.

The basic premise of jiu-jitsu is that of the smaller person being able to manage, control, and submit to a bigger and stronger opponent.

Muay Thai is an incredible self-defense for women’s MMA. Why? Because it is tough, extreme, and aggressive. It can help to develop the warrior spirit within anyone. For this reason, it’s an important martial art for women to add to their MMA toolbox.

Violent attacks happen. A background in Muay Thai makes one prepared for the unexpected events that can take place. It bolsters confidence, increases self-reliance, and will enable women to feel more comfortable –wherever they happen to be.

Consequently, Muay Thai is a discipline offers a range of benefits that go far beyond a quick workout.

Another widely popular martial art, Judo focuses mainly on grappling and throws; using the momentum of your opponent’s weight against them to destabilize them, which as a result, makes it easier to hurl them to the ground. Judo is quite effective, however, there is a very pragmatic reason as to why it’s particularly useful to women.

The majority of street fights take place up close – this is especially true when it comes to violence against women. As such, Judo is very practical in this situation as it is designed for these kinds of close encounters.

If the attacker is male and attempts to slam an unsuspecting woman to the ground, a woman trained in Judo could reverse this attack by using the man’s own weight and momentum against him – completely turning the tables of the entire situation in a matter of seconds!

Essentially, Judo gives women the opportunity to defend themselves in a radius where striking no longer retains its efficacy. Moreover, this kind of close proximity is also the danger zone that poses the most risk to a woman. For this reason, Judo is one of the best martial arts for women’s MMA.

Women’s MMA is a never-ending, constantly evolving sport. New techniques in the varying disciplines are continually being developed. As a result, learning about all of the styles, as well as which ones are most appropriate for you is a very good way to get a pulse on your own fighting style.

At Pallas Athena Women’s Fighting Championship (PAWFC), we are the first professional all- women’s Mixed Martial Arts corporation in Western Canada. And more than that, we are on course to become the #1 all-women’s competition league in North America.

As such, if you’re interested in learning more, or would like to know if you have what it takes to be a part of the movement, sign up on our fighter registration form today.