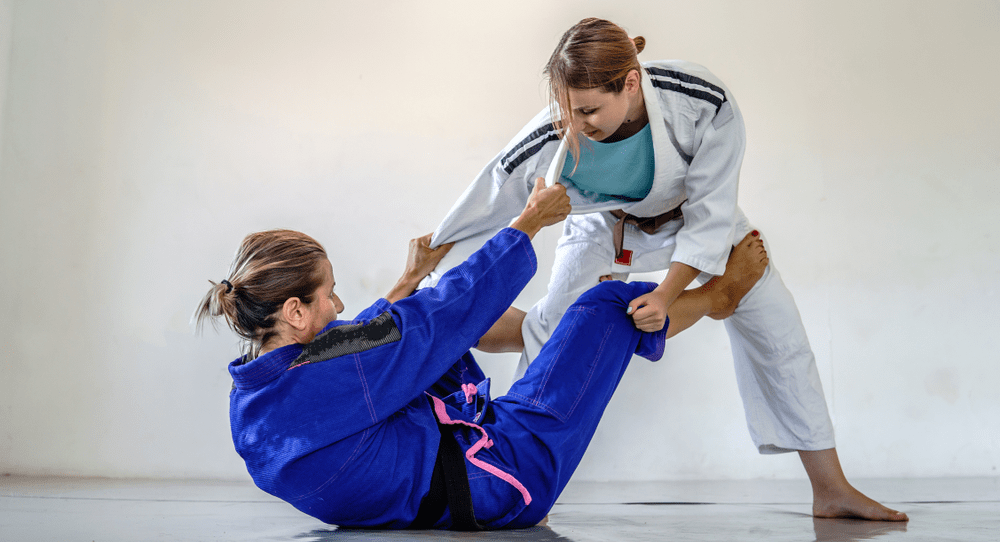 Canadian women’s MMA has various fighting styles, one of the most prevalent ones being Brazilian jiu-jitsu (BJJ). This martial art is commonly confused with Japanese jiu-jitsu. However, they are quite different, and because of this, it’s important to understand what separates one from the other.

While both fighting styles have similarities, there are ways you can distinguish between them. This post will uncover all you need to know about Brazilian jiu-jitsu and Japanese jujutsu so you can continue your combat sports journey in women’s mixed martial arts.

The Differences Between Brazilian jiu-jitsu and Japanese jujutsu

Although they share a similar moniker, BJJ and Japanese jujutsu offer different fighting styles. In general, jiu-jitsu is a martial art used for close combat and self-defence situations. Let’s explore some of the differences between these two martial arts.

Brazilian jiu-jitsu is the more popular fighting style among the two. In fact, BJJ is one of the most prevalent martial arts in the world right now. It mainly concentrates on self-defence but also engages in competitive sparring. BJJ accomplishes these aims by employing two key strategies: Ground fighting and grappling.

Often, these terms are used interchangeably. However, there are subtle differences between them. So let’s delve deeper into what these fighting strategies entail:

In tournaments, Brazilian jiu-jitsu matches start standing up. But the fights are quickly brought to the ground with takedown attempts. Once on the ground, fighters use various techniques and moves to earn points.

Japanese jujutsu is the oldest variation of the sport. It mainly focuses on self-defence using different techniques, such as joint manipulation and throwing opponents. Moreover, this martial art uses other systems, such as blocking, choking, strangling, and even striking.

In traditional Japanese jujutsu, a round typically involves 3 phases.

The match starts with fighters using only strikes in a traditional Japanese jujutsu round. Afterward, striking stops and the competitors can only fight by grabbing each other. At this point, they attempt to take one another down. Finally, once on the ground, the fighters use strangleholds and joint locks in an attempt to make one another submit.

Aside from the overall combat styles of these two martial arts, the main difference can be surmised from the utility of each fighting method. Unlike BJJ (which provides fighters with lots of possibilities for sports competitions), Japanese jujutsu offers little to no chances to compete in a similar fashion.

The Utility of Different Fighting Styles

The differences between BJJ and Japanese jujutsu are apparent, but choosing one over the other is a matter of personal preference. However, when it comes to women’s mixed martial arts, BJJ is the clear winner due to its plethora of moves and techniques and the competitiveness associated with the sport.