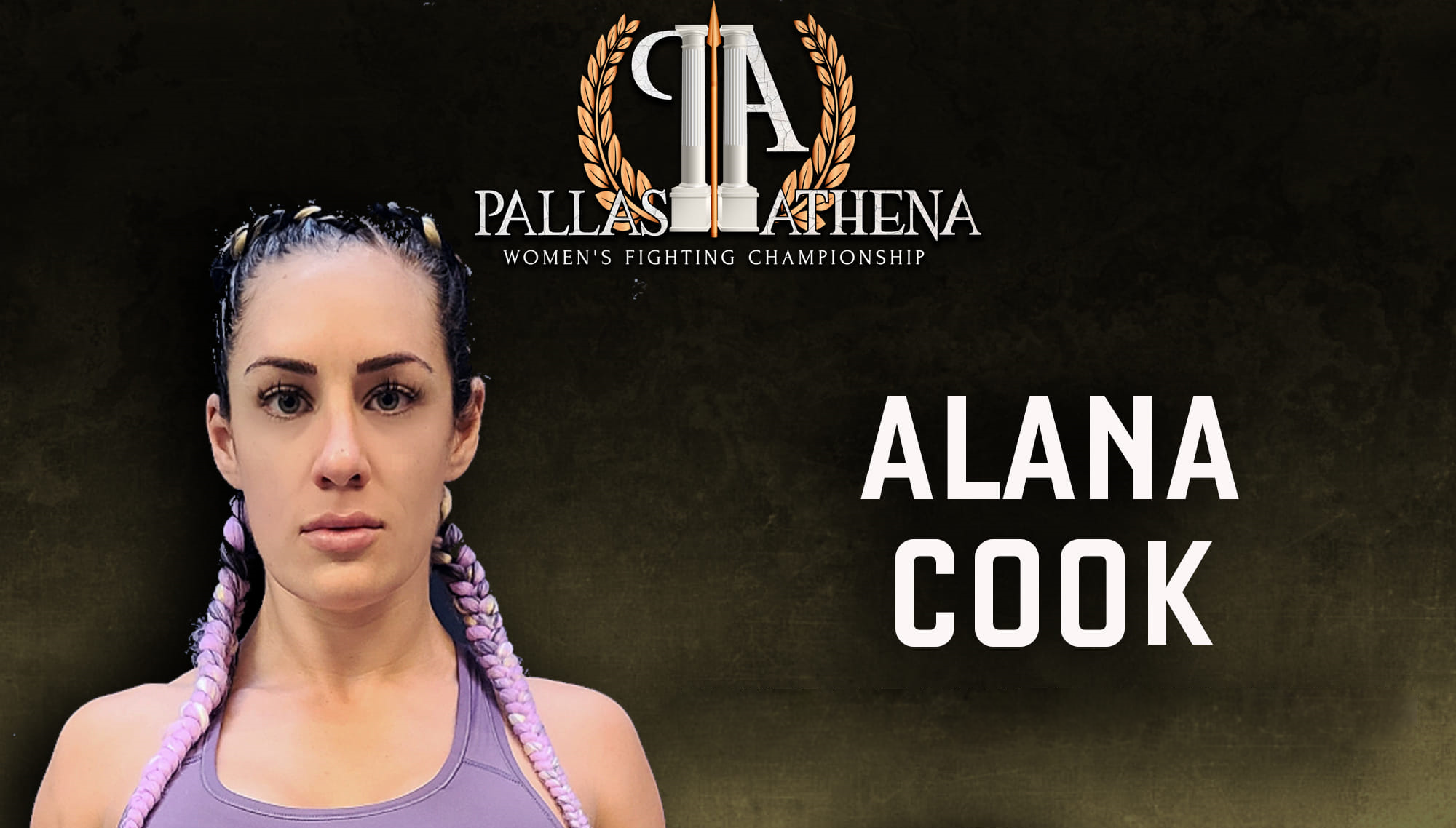 Who is Alana Cook?

Alana "The Alanamal" Cook is a Professional MMA bantamweight fighter. Hailing from the west coast of Canada, she has been an athlete her entire life. She grew up in Maple Ridge, British Columbia playing team sports like soccer, volleyball, and rugby. At age nineteen, however, she took her first martial arts class and fell in love.

Little did she know how this dazzling and all-encompassing art form would change the trajectory of her life. Since that fateful day in her first martial arts class, she has travelled the world training in different disciplines including Muay Thai in Thailand, Judo in Japan, and Kickboxing in Australia.

As a proud martial artist, as well as an endearing member of the Métis community, Alana wants to inspire the next generation of Canadian women’s MMA. This sport is not just a sport to Alana. It is a way of life, a powerful fascination, a compelling obsession that fuels her and adds purpose and meaning to her life in the most magnificent ways. And now, this feisty firecracker is hungry to compete.

This is her story…

I've been an athlete my whole life: I played soccer, volleyball, rugby, badminton, track and field, cross country, and any other sport I could try my hand at. But when I was nineteen, I was struggling with severe depression. I was angry – all the time. And the sports I played my entire life weren’t giving me the outlet I needed. I felt I had to do something, or my life was going to fall apart.

So I grabbed a phone book, flipped through to the martial arts section, and called the first place I saw. A gruff voice answered the phone and told me to come down to The Fight Pit and try a free week. I went the next day, and I was hooked.

For the first five years, I was just casual. I lost weight, got stronger, medalled at a handful of tournaments, and made a positive group of new friends. But at this time, women fighting still wasn’t mainstream. My coaches didn’t ask if I wanted to fight, and I honestly never thought of it as an option. I wasn’t obsessed enough yet.

In 2015, I had the opportunity to move to Thailand. While I was there, I went to a true traditional Muay Thai gym, and in January 2016, I moved into Koh Phangan Muay Thai. I began training full-time, and it was there that I had my first true fight. When I returned to Canada the following year, I engaged in several local boxing and kickboxing matches, and finally made my amateur MMA debut in 2018.

COVID and injuries set me back a few years, but I’m over the moon that I can finally make my Pro Debut.

My fighting style is heavily Muay Thai based, this is blended with a strong grappling background along with an aptitude for wall wrestling. I’m an explosive fighter who is both creative and calculated with my movements and am comfortable staying standing or taking the fight to the ground. I believe this kind of versatility is what separates me from other fighters.

Ronda Rousey, no questions asked. Her athletic dominance and unapologetic attitude changed the game for women’s MMA. I’m also a huge fan of Ilana MacFarlane (The Ilimanator). She’s an incredible athlete and I love how culturally strong she is, and what she is doing for the Native Hawaiian people – she’s a true inspiration to me.

Training Team for This Coming Bout

Ascension Martial Arts in Port Coquitlam, and Universal MMA in North Vancouver. My head coach is Shawn Albrecht at Ascension, who also oversees my Jiu-jitsu and wrestling training. And Dejan Kajic at Universal is my stand-up coach; both men are insanely talented at what they do. Consequently, working with them has elevated me to a professional level.

What Does it Mean for You to Be a Fighter?

Growing up, I was a huge comic book nerd. I loved reading about Batgirl, Wonder Woman, Storm… all these beautiful badass superheroes that knew how to fight. I love being strong, fast, confident, and powerful. I want to be a role model to young girls, to show them superheroes do exist, and they can be one too.

In short, being a fighter means everything to me. It’s a representation of my values as a woman, and how I’d like to inspire and motivate others to be the hero in their own lives.
What do you want to be remembered for at the end of your MMA career?
I want people to see my career (and life) as an example of what’s possible with a little grit and courage. Because the truth is it doesn’t matter where you start; with hard work, perseverance, and confidence in yourself, you can literally do anything. I’m a girl who never dreamed I could be a professional fighter, but here I am. I’m university educated, I travelled the world, I’ve had numerous jobs, but I always come back to fighting. At the end of the day, I’m just a big meathead.

What separates you from every other fighter in your division?

I’m not special. I didn’t come into this sport with natural talent or amazing genetics. When I started, no coach ever told me I was going to be the next big thing.

I worked like a dog to get this good. When I want something, I’m all in, so when I decided to become a professional athlete, I knew I had to work harder and be more ruthless than anyone I was training with. I trained harder, longer, and more frequently than all the other fighters out there, because I knew that’s what I had to do to go from a casual to a killer.

So no, I’m not special, and that’s what makes me fucking dangerous.