Reflecting on Tragedy: National Day Remembrance and Action on Violence Against Women 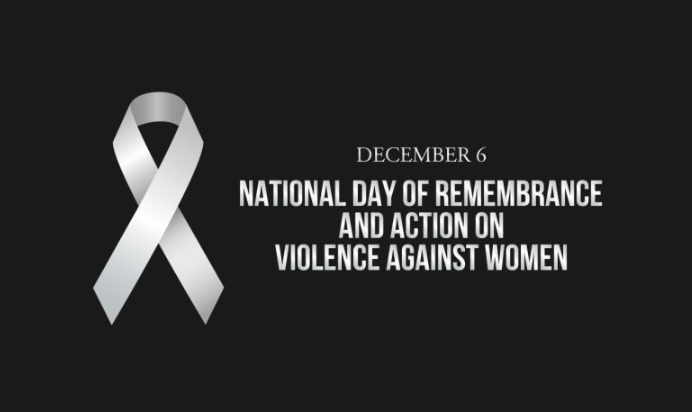 At Pallas Athena, we do more than celebrate women’s MMA or women’s fighting. We honour women in general. For this reason, we’re taking time to recognize National Day of Remembrance and Action on Violence Against Women. In Canada, this day is celebrated annually on December 6th and is informally known as White Ribbon Day.

It commemorates the anniversary of the École Polytechnique massacre in 1989. A day when 14 women were slain in a mass shooting. As we remember the senseless act, we reflect on the lives of the 14 women lost that day.

Why This Day Was Established

The National Day of Remembrance and Action on Violence Against Women in Canada memorializes targets of gender-based brutality. This date honours the victims who lost their lives due to such discrimination. Moreover, it’s an opportunity to do our part to build a safer world. We can surmount gender-based violence by remembering the past, connecting with survivors, and standing up against such barbaric behaviour.

Canadian Parliament appointed the day in 1991 due to the 1989 slaughter at Polytechnique Montréal. As we grieve the deaths of the past, we must not forget all the current victims of gender-based brutality. Canadians have created memorial sites throughout the country in reaction to the tragedy, hoping to spread awareness of such events.

Each violent act against women is roused by the belief that women are less human than men. Consequently, the National Day of Remembrance and Action on Violence Against Women marks more than one slaughter. It is a plea for global change and awareness of male violence against women. This day reminds us that we all have an obligation and responsibility to help create change.

The best method for winning a battle is understanding your opponent. Research gender-based violence history and share the information. This process helps to make others more aware and can be invaluable to those who need it most.

Research organizations and events in your area. Offer your time for volunteer work or give your voice in support of the cause.

We have to be proactive about producing change. Nothing will improve if we don’t do something about it. This day is the catalyst for change; it acts as an agent to spread the message to create more awareness.

We can all act and stand up against prejudice and gender-based brutality. Our deeds help alter society’s view on such subjects, leading to positive change. And it’s this impact that creates a ripple effect that spreads outward, affecting more people the further it extends.

Each year, innumerable lives are lost to gender-based brutality. This day is an opportunity to pay homage to and remember the victims and what they experienced.