The Dynamic History of Women's MMA 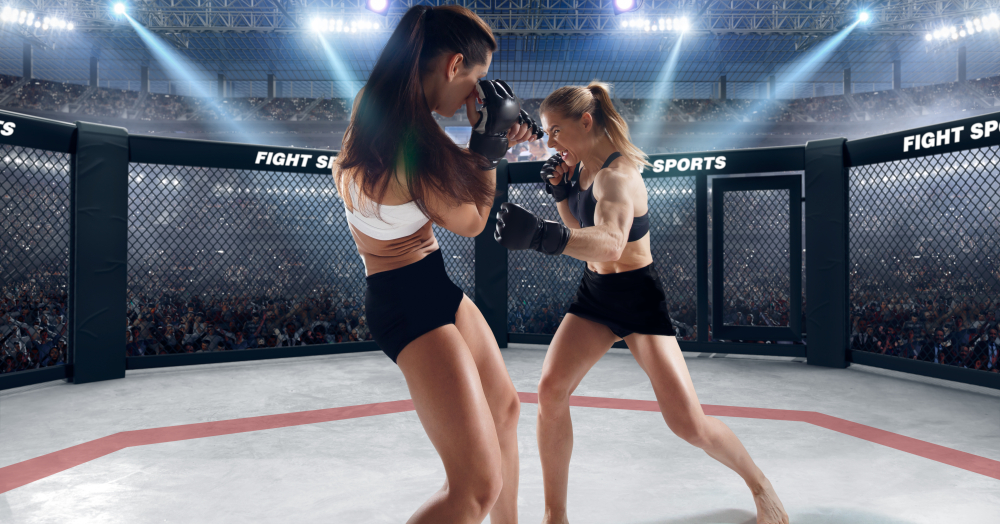 Considered by many to be the fastest-growing sport in the world, MMA has exploded into the mainstream consciousness these past few decades. Beginning its rise to prominence in the early 1990s, this art form has taken over by gaining international acclaim. However, with that said, most of the MMA fighters have been predominantly and overwhelmingly male.

Until recently, women’s MMA fighting has mostly been ignored. Even though it began in the latter half of the 90s, women’s mixed martial arts didn’t really become a serious consideration for people until about 10 years ago; when in 2013, Rouda Rousey went toe-to-toe with Liz Carmouche in the first UFC women’s fight.

However, times have changed, and women’s MMA has now taken on a life of its own. This is evident in the recent Pallas Athena Women’s Fighting Championship event hosted in Calgary on January 15th.

The purpose of the event – and the overall goal of PAWFC in general – was to promote women’s MMA as well as create an industry more conducive for these fighters. And judging by the success of the evening, we are well on our way to reaching that outcome.

But this begs the question: how did women’s MMA get to this point? And where is it heading in the future? Keep reading to find out.

Similar to men’s MMA, there are certain eras and events that led to the growth and expansion of women’s MMA. And by understanding what those events were, you can get a better grasp on where women’s MMA came from, as well as where it may be heading in the future.

Here is a brief timeline of some of the more important events in women’s MMA history and how they transpired.

The genesis of women’s MMA takes place in Tokyo, Japan in the 1990s. In 1995, the Ladies Legend Pro Wrestling promotion hosted Ultimate L-1, which is often thought to be the very first women’s MMA event.

With the priority weighing more on spectacle rather than skill, the fighting possessed a restricted rule set that gave way to an “anything goes” mentality. After the passing of a couple of events, the show was discontinued.

The very first recorded women’s MMA tournament in America takes place at International Fighting Championship 4. With Becky Levi steamrolling Betty Fagan via a TKO in the first round.

In 2000, the Remix World Cup event was announced; a 12 women competition with some of the top fighters in women’s combat sports. Fighters for the contest were quickly introduced. Among them: Svetlana Goundarenko (a Russian heavyweight coming in at over 300lbs), Bevy Levi (veteran of the first American woman’s event in 1997, as mentioned above), and more all competed against each other in an impressive spectacle that paved the way for women’s MMA for years to come.

It was this event – and the technical prowess demonstrated by its female participants – that woke the world up, forever shifting the impression that many people had about women’s MMA.

Strikeforce (1985 to 2013), an American MMA and kickboxing company based in California, promotes its very first women’s mixed martial arts match. Gina Carano ends up taking the win over Elaina Maxwell in a unanimous decision.

In 2009, Strikeforce was the first large-scale American MMA promotion that gave women’s MMA a spot on the big stage.

Ronda Rousey’s Strikeforce debut became the “talk of the town” after beating Sarah D’Alelio by submission in only 25 seconds – further solidifying her reputation as the big bad bully of women’s MMA, while at the same time, bolstering the notoriety of the sport.

This event built anticipation and suspense around Ronda’s future fights. She would go on to become one of the top female MMA stars. And as a result, would make women’s MMA a much more popular and respected sport.

Strikeforce hosted its last event in 2013 before being purchased by the UFC for a cool $40 million.

The UFC announces the incorporation of its women’s strawweight division (115lbs) as it signs 11 women at that particular weight class. Moreover, Carla Esparza wins against Rose Namajunas to claim the title as the first-ever UFC strawweight champion.

Ronda Rousey is defeated by Holly Holm, losing both her undefeated record, as well as her title.

The Ronda Rousey vs Holly Holm upset was soon followed by a plethora of other female MMA fighters making names for themselves and contributing to the art form. Women such as Miesha Tate, Amanda Nunes, Germaine de Randamie, Cris “Cyborg”, Tonya Evinger, and more all made their contributions; helping the sport to grow and prosper in the following years.

The Goal of PAWFC and the Future of Women’s MMA

Of course, there is more to this rich timeline than could ever be covered in a single article. Women’s MMA has evolved immensely over the years, and its trajectory has been a steady uprise since its inception. The goal of PAWFC is to ensure the continuation of that growth by representing and promoting women MMA fighters.

Our aim is to provide women with a place to demonstrate their skills and improve their abilities, all while fostering and further developing the culture of women’s MMA.

If you’d like to be a part of the movement, be sure to fill out the PAWFC fighter registration form today.