TKO vs KO in MMA: What’s the Difference? 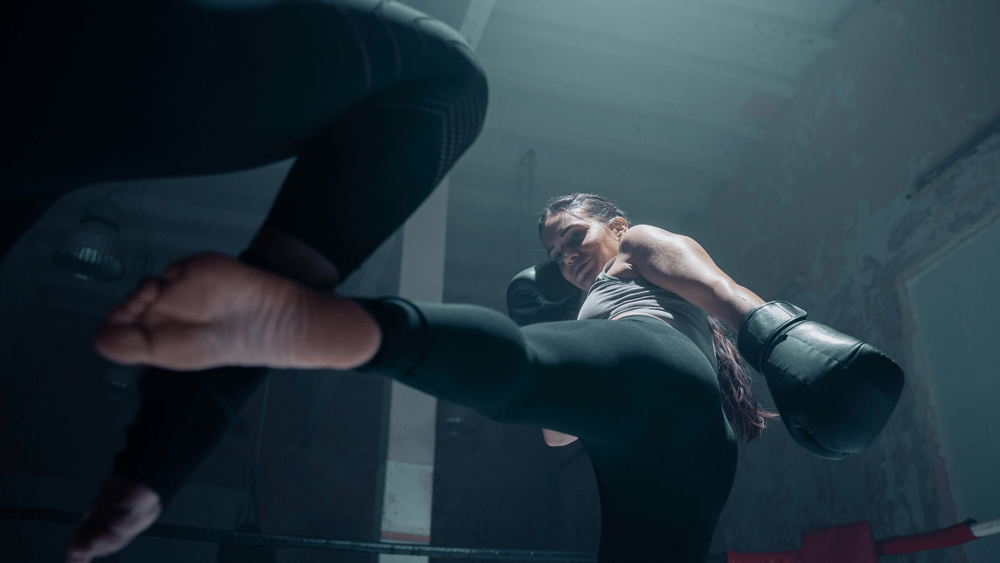 Despite the growing popularity of women’s MMA, certain aspects of the sport remain unclear. Namely, the requirements for a KO or a TKO. Although the differentiators separating a KO from a TKO are known by dedicated fans, the more casual fans of women’s mixed martial arts sometimes have difficulty distinguishing between them.

So what separates one from the other? A knockout (KO) is when one fighter hits the other with a debilitating blow, resulting in a loss of consciousness by the recipient of the blow. Conversely, a technical knockout (TKO) is when a combatant is injured and can no longer defend themselves.

In women’s fighting, TKOs and KOs are similar. But one main difference can help you separate them. Keep reading to learn how to tell the difference between the two.

Women’s MMA has a few slight KO differences that separate it from other combat sports (boxing, for example). Losing consciousness is an instant knockout in some combat sports. However, in MMA, referees also look to see how the KO transpired. Did the combatant stay on their feet? What type of legal strike rendered the KO?

Losing control is a focal point in women’s mixed martial arts. If the combatant was conscious after the blow but couldn’t continue fighting, that’s considered a knockout. A comparable case is when one receives a substantial liver blow. They weaken and become wobbly and unbalanced even though they remained on their feet.

Another distinction in MMA is the absence of the 10-second countdown. Instead, the fight persists even if both fighters fall to the floor.

You’ve likely seen one fighter mounting the other and continually pummelling the head and body with strikes. In such a case, the fight resumes until one fighter taps or the referee interferes to stop additional damage or injury.

A technical knockout (TKO) in women’s mixed martial arts is when one fighter can no longer defend herself against strikes. As a result, the referee must discontinue the match even if the fighter is still conscious.

A TKO seldom occurs when the fighters remain standing. Instead, the fight generally persists after a good takedown. When this occurs, we refer to them as “out on their feet.” Usually, the loser lands between the twines or on the barricade.

A technical knockout occurs in different positions while on the ground. A classic situation is when the dominating fighter is on top or in another favourable position. Then, they can wrestle, landing direct blows to the body.

Other Knockouts Often Confused With KOs and TKOs

If a MMA fighter receives a blow and drops to the ground, it’s not an automatic KO. Aside from the two knockouts we already listed, there are three more:

Let’s examine these knockouts to learn how they vary from KOs and TKOs.

A knockdown occurs when a fighter drops to the floor with any body part except their feet. So, getting knocked on your back or dropping are both considered a knockdown. If a knockdown happens, the fighter hitting the ground forfeits a point. Also, a double knockdown neutralizes itself, causing no point loss for either fighter.

A referee will call a TKO if a fighter is injured and cannot continue fighting. But what happens if the fighter momentarily loses consciousness? For example, a powerful kick or punch can result in a few moments of unconsciousness, causing the opponent to fall. This brief loss of consciousness is known as a “flash knockout.”

This knockout is straightforward. Each fighter lands clean body shots or head strikes on one other simultaneously. As a result, both fighters lose consciousness or their fighting capacity, resulting in the match ending in a draw.

Women’s MMA knockouts and technical knockouts are slightly different from other martial arts. One of the main differences is that MMA emphasizes the loss of control for a KO call, regardless of the combatant’s consciousness level. This notion opposes other combat sports, such as boxing, where the loss of consciousness alone is considered a KO.